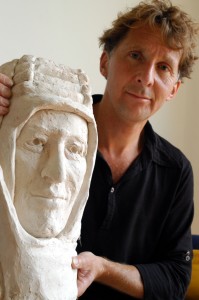 My doctoral thesis (in Dutch) was titled The Citadel of Integrity: A Study Of Homosexual Behaviour In The Middle East (1985) and included a chapter about TE Lawrence and the rape at Deraa.

In 1990 I founded an international network, The Abu Nuwas Society For The Study Of Sexual Culture In The Middle East, and became editor of its Newsletter. I stopped its activities in 1995, since after my studies I had chosen a different career.

During my history studies I worked voluntarily as a trainer at the University of Utrecht and at The Childline (Kindertelefoon). After being schooled for two years as a trainer in communication at the University of Wageningen, I started working as a sales trainer at a large company in sanitary equipment. In 1996 I was asked to set up sales training at the largest training company in the Netherlands, Schouten & Nelissen. After four successful years I left, to become an independent trainer and coach. In the last few years I have focussed myself entirely on personal coaching.

For more information on my work as a coach see my website and my blog Anders (Different), which covers themes from my coaching. Both are in Dutch, as is my other blog The Songcatcher, dealing with my musical activities as a songcatcher. 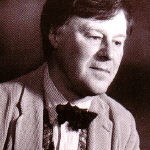 Lawrence James in: The Golden Warrior: The Life And Legend Of Lawrence Of Arabia (1990)

“I am especially grateful to Dr Maarten Schild for his kindness in sharing with me his clinical and historical knowledge and insights into Lawrence’s behaviour and for presenting his information in such an agreeable and often humorous form”.

Michael Asher in: Lawrence: The Uncrowned King Of Arabia (1998)

“I am especially grateful for the advice and suggestions of John Lockman of the USA and Marten Schild of Holland – two contemporary Lawrence scholars who have managed in their different ways to examine the Lawrence myth in an original and relatively unprejudiced light.” 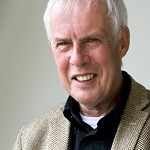 “Maarten combines a grasp of psychology and trauma studies with his knowledge on T.E.Lawrence, and this results in a fascinating look at the trauma and its consequences for a man of fame.“

EXCHANGE OF THOUGHTS
Over the years I have talked and corresponded with many people who studied the life of TE and published on him. With them I discussed my research findings and unpublished writings. Some of them showed me great hospitality when I visited them during my holidays in Great Britain. I would like to thank them for their openness and feedback, and their willingness to share material and thoughts, which helped me to sharpen my own ideas.

Michael Asher: Explorer, novelist and author of Lawrence: The Uncrowned King Of Arabia (1998).

Lawrence James: Historian and author of The Golden Warrior: The Life And Legend Of Lawrence Of Arabia (1990).

Christopher Kennington: Son of Eric Kennington, the artist who worked with TE on Seven Pillars Of Wisdom.

Richard Knowles: Bookseller at Rickaro Books and author of Two Superiors: The Motor-Cycling Friendship Of George Brough and T.E.Lawrence (2005).

Hugh Leach (1934-2015): Soldier, diplomat and traveller. Owner and director of a circus. Recipient of the Lawrence of Arabia memorial medal 1998.

Denis MacEoin: Islam specialist and chief editor of The Middle East Quarterly. Advisor of The Abu Nuwas Society For The Study Of Sexual Culture In The Middle East. Very successful novelist under the pen names Daniel Easterman and Jonathan Aycliffe.

Peter Mansfield (1928-1996): Historian and journalist specialized in Middle Eastern affairs.  Advisor of The Abu Nuwas Society For The Study Of Sexual Culture In The Middle East.

Philip O’Brien: Library director and author of T.E.Lawrence: A Bibliography (1988).

Jeffrey Richards: Professor of Cultural History, specialized in the study of cinema and society in Britain, Victorian theatre and national identity.

Wilfred Thesiger (1910-2003): Explorer and travel writer. Author of Arabian Sands (1959) and The Marsh Arabs (1964). Owner of a copy of the very rare subscriber’s edition of Seven Pillars Of Wisdom.

3 Comments to “About Maarten Schild”